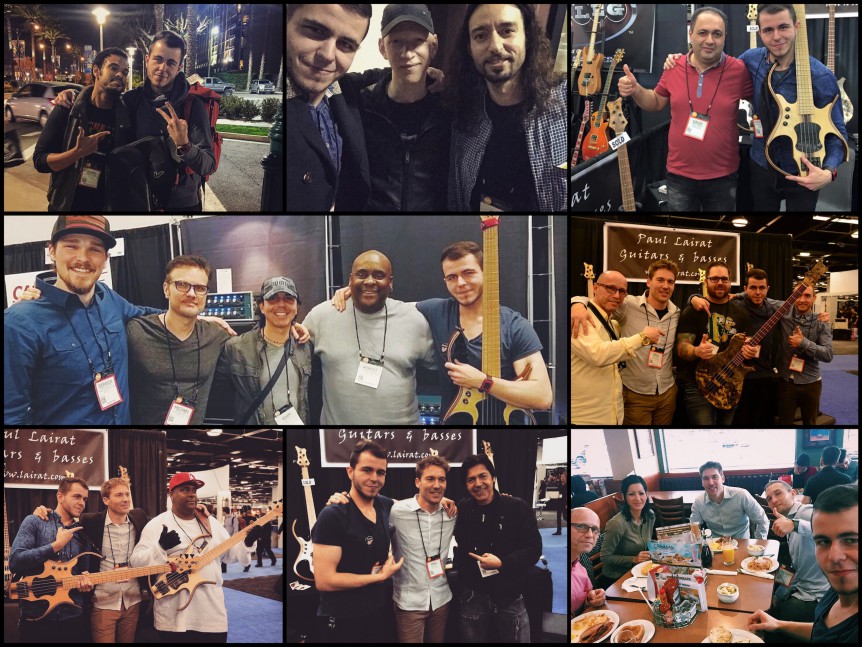 So this is  it – I just came back from my first time at the NAMM show in Anaheim – California and it was a simply awesome experience.

It has been so much fun meeting the great people the people behind the companies I am working with once again and getting to know some of my fellow endorsees from all around the world who I’ve only known from the web until then.

It was also incredible to see the faces and shake the hands of many people who have been following me on Instagram and Facebook for literally years and to see those people deliberately wanting to reach out to me and say “hi”! I can’t even verbalize how much I appreciate your support and sincerity! You guys are just awesome and I wouldn’t want to go on without you!

What was really remarkable is that I had loads and loads of very interesting and sincere conversations with some really lovely people starting with the flight to LA where I had a lovely seat neighbor, to all the people I met at the show itself to my Jordanian Uber driver on ride back to the airport and some musicians I met at departure gate itself.

But most of all I would, of course, like to thank Paul Lairat as well as his wife Maryse and his team mates Gregory and Chris for having me at the Paul Lairat booth! I love all you guys and I feel very privileged to be able to work with such an incredible luthier and a team consisting of such a lovely bunch of people! I’m already missing you guys!

Be sure to check out my full gallery on: