… until the second Natalia Mateo album “Heart of Darkness” will be released on ACT Music worldwide which is as good time as any to recap all that’s happened with this band.
It’s still crazy to think that all this started only two years ago. We started from scratch with no material and managed to write and record 2 albums in just 2 years time.

Work on  the songs on “You” started in spring ’13, release was on September 29th (we also did the production and the artwork ourselves)

Focussed work on new material for “Heart of Darkness” started in early 2014 and the album was recorded in the September of that year… all that happened while touring and studying.

I think to be able work this efficiently in a group of 6 individual musicians teamwork is really crucial as is a common incentive to push a project forward towards a common goal. We really became a team and close friends on the way… and man there was a lot of work to do…

From weeks spent booking, designing both the old and new websites ourselves, taking care of the artwork design and CD production of our first album, weeks spent mixing from dusk till dawn, filming a studio concert, touring and last but definitely not least writing most of our new album’s material in just about 3 months…

I could go on for quite some time here but I think you get the gist of it… It all wouldn’t have been possible if there was just one person pushing this project. Say what you want about projects with more than 4 musicians being hard to get off the ground but when 6 minds work together you can really get work done FAST!

Now it’s hard to imagine any better way to top this blast of a time with the privilege of being able to release the recent fruit of our labour on one of the most important Jazz labels of our time: ACT Music.

I’d like to thank my awesome band colleagues, the team at ACT Music and all of you who enjoyed listening to our music and those who came to see our concerts because music is nothing without an audience! I am really looking forward to what the future will bring with this project.

Oh, and I couldn’t end this without a little bit of promotion in the end… So if you’re curious about the upcoming album you can pre-order it on iTunes and get two songs right away to make the wait a little more fun 😉 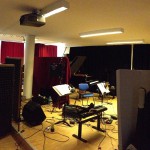 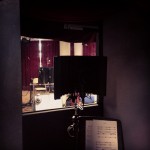 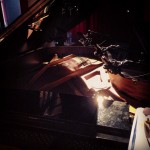 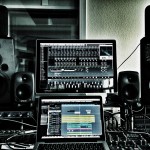 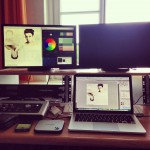 Have a great weekend y’all! 😉